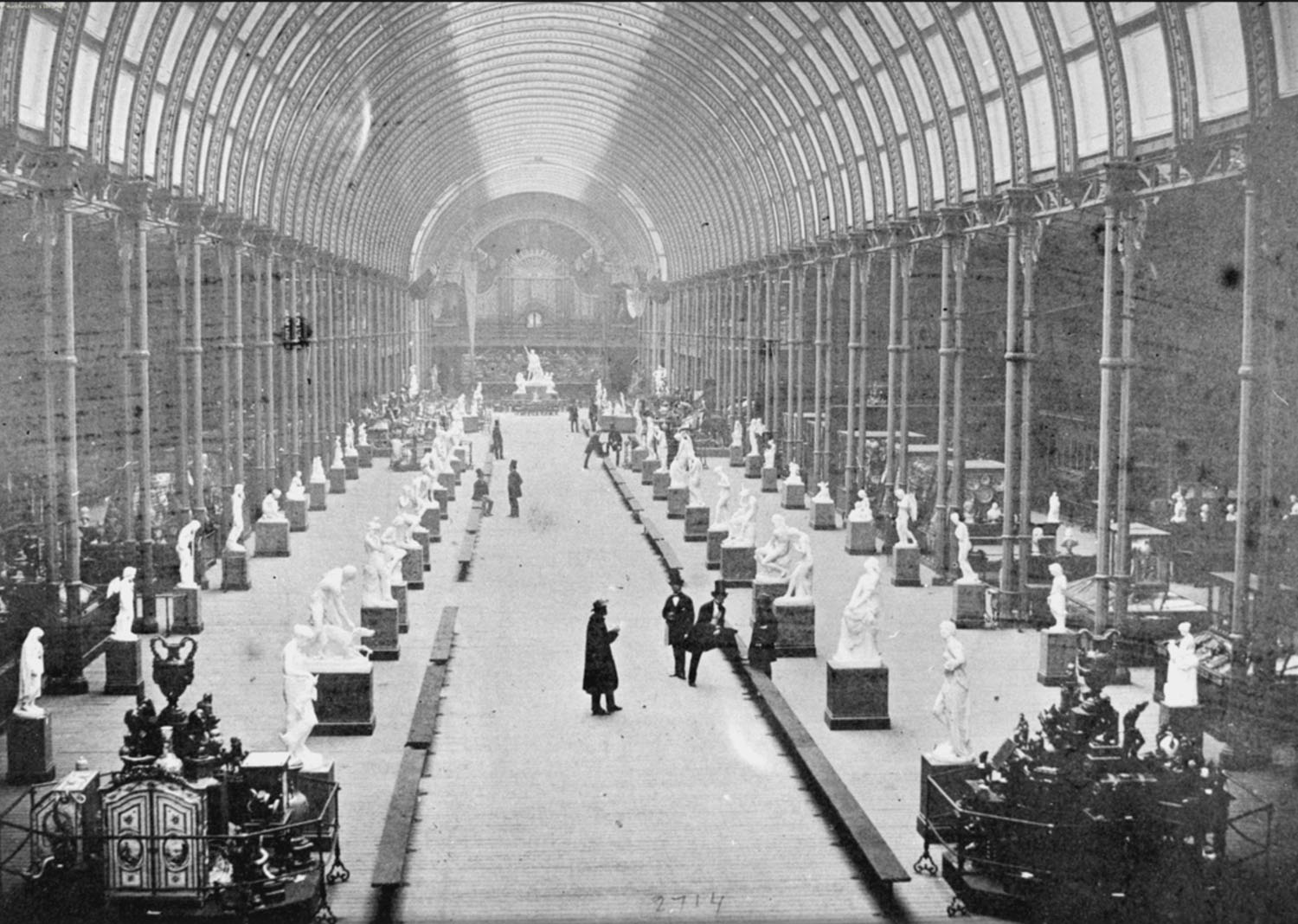 James Watts, 1804 – 1878, was the Mayor of Manchester at the time of the largest Art exhibition ever held in the world. Prince Albert chose to stay with him at his stately home of Abney Hall in Cheadle when he visited Manchester to open the Art Treasures Exhibition in 1857, and was taken to shoot on James’ 6,000 acre Kinder Estate during his stay. Queen Victoria awarded James Watts a knighthood in 1857, and the Watts’ Coat of Arms granted by the Crown at the same time truly reflects the status of this amazing Manchester man. 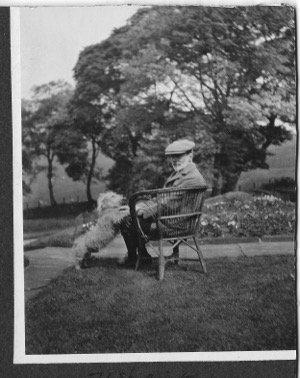 From their humble beginnings in a weaver’s cottage in Didsbury, this family rose to represent the industriousness of Manchester as founders of a great Wholesale Textile Empire. The City’s character and success was founded on the Cotton Industry, and the Worker Bee symbol was given to Manchester when it was granted City status in 1842, having risen over the centuries from provincial town to Britain’s third city. Old Photograph of The Great Hall

This symbol was then given to this Mayor, and it features prominently in the stained glass of his hunting lodge, Upper House.

It is combined with a dotted Fleur de Lys relating to the Norman-French origin of the name Watts. The central wheatsheaf was granted to signify “plenty and commendable hospitality in the bearer”. Having hosted such an Exhibition with such great aplomb, this is indeed a well-earned symbol. The 103 Manchester Bees adorned the city for 4 weeks and ends on Sunday 23rd September. You can buy tickets on this link for the final farewell, when they all come together for the Bee in The City Farewell Weekend from Friday 12th – Sunday 14th October 2018 at HSBC UK.

• The Art Treasures of Great Britain was an exhibition of fine art held in Manchester, England, from 5 May to 17 October 1857. It remains the largest art exhibition to be held in the UK, possibly in the world, with over 16,000 works on display.

• Season tickets were sold in advance for 2 guineas

• The exhibition attracted more than 1.3 million visitors – about four times the population of Manchester in 1857.

• To entertain the visitors, Charles Hallé was asked to organise an orchestra to perform a daily concert, in addition to a daily organ recital. After the exhibition closed, he continued running the orchestra, which became the Hallé Orchestra.

•There are 101 bee sculptures

• At the end of the project the bees will be sold at an auction in October, with all of the funds being donated to The Lord Mayor’s We Love MCR Charity.

• Some of the schools involved have chosen to pay tribute to the 22 people who lost their lives in the Manchester Arena attack. They have grouped all of these Bees together in Manchester Cathedral so that people can view them in a quiet and peaceful place.